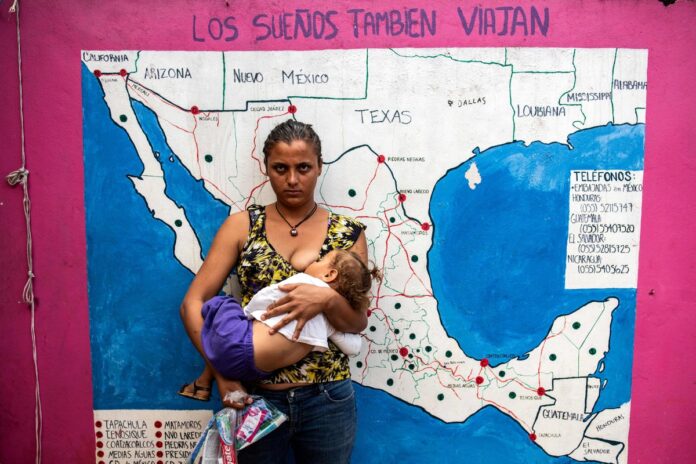 At least 11 migrant women have been sent to Mexico by US authorities without birth certificates for their US-born children in the last year, according to an investigation by the Fuller Project and the Guardian.

In the investigation published Friday, the outlets cited “conversations with lawyers who work with asylum seekers at the border” in addition to legal documents and hospital records detailing the removals that have taken place since March 2020.

Under Title 42, a public health order by the Centers for Disease Control and Prevention, Customs and Border Protection (CBP) officials could send migrants who enter the US illegally back to Mexico without the possibility of seeking asylum or protection.

The investigation said the women who were subject to the expulsions included a 23-year-old from Haiti, was nine months pregnant when she crossed into the United States in July. Border control officials took her to a California hospital when her water broke.

Three days after she was discharged, CBP officers dropped her off across from the San Diego-Tijuana border, on the side of the road — without her daughter’s birth certificate, the outlets reported.

The order was issued in March by the CDC during the beginning of the pandemic. Authorities can turn people away, but can also exempt people on a “case-by-case” basis, the report said. In 2020, border agents expelled nearly 200,000 people at the southwest border under Title 42, according to a CBP report.

The agency did not immediately return Insider’s request for comment.

After taking office in 2016, the Trump administration zeroed in on immigration on the US-Mexico border with several policies to limit the flow of migrants from Latin American countries coming to the US.

Under his zero-tolerance policy, parents who crossed the border illegally were separated from the children.

Despite Trump trying to distance himself from the policy that separated families at the border, a report from the Justice Department published last month found that the former president “aggressively” pushed for the policy.

Mexico and Guatemala deploy thousands of soldiers in the south