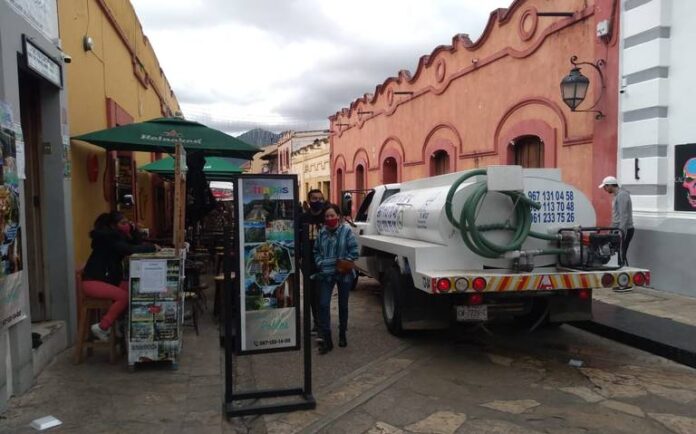 San Cristóbal de Las Casas.- Businessmen from the Center of this city expressed their annoyance against the Potable Water and Municipal Sewerage System (Sapam), since the current Administration began they only provide the service two days a week, and previously the water came one day, yes and one no.

In a survey on the Walkers of the Center, they stated that this way of distributing water does not suit them, since they do not have enough time for a week and several have to buy at least two water pipes, which translates into economic losses, therefore who made a call to restore the service as in the past Administration.

“The truth is that the water comes intermittently, one day yes, two days no, yes we run out soon, but well it is working like that, the truth is that I do not realize because I have two water tanks, although today, for example, I do not have water in the kitchen, in the part of the bar yes ”, commented a businessman.

Another, who also omitted his name, said that they regularly gave them water every other day and they had never run out, “now the shortage is quite clear, I think it also has to do with the increase in people in the city, as activities are already being restored after the pandemic, and the seasons that have passed, it may be due to the low rainfall, or the problems with the Sapam workers ”. 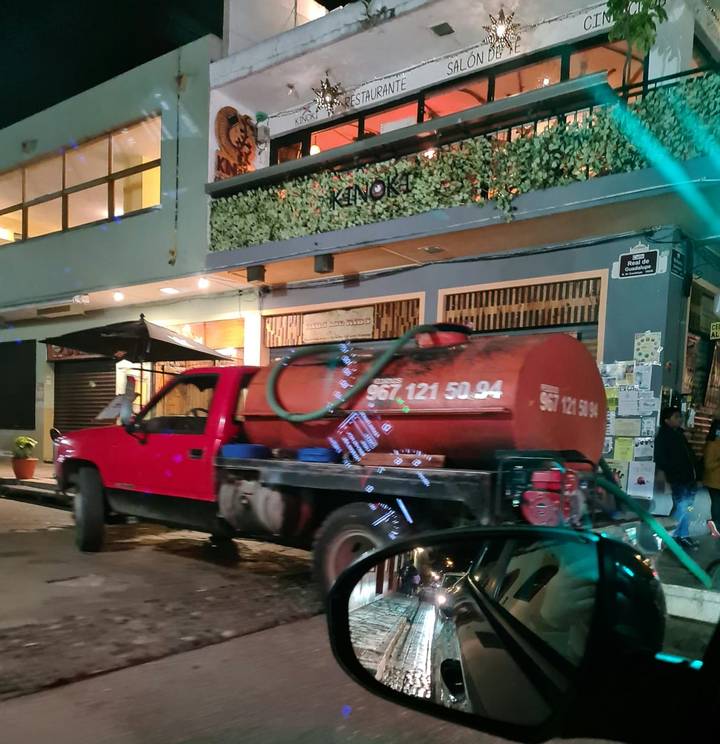 We have to buy at least two water pipes, which translates into economic losses:

Likewise, in a radio program, citizens stated that if President Mariano Díaz Ochoa cannot take on the position, he should leave, since there is no need to wait for the 100 days of his mandate to be fulfilled, and it is that in several colonies of all the cardinal points of the city have been without service in recent weeks.

Finally, when consulting with the president of the Guadalupe Neighborhood Council, Mario Villegas, via WhatsApp he commented that a pump broke down and is under repair in Tuxtla Gutiérrez, so that the water service could be restored normally within one month