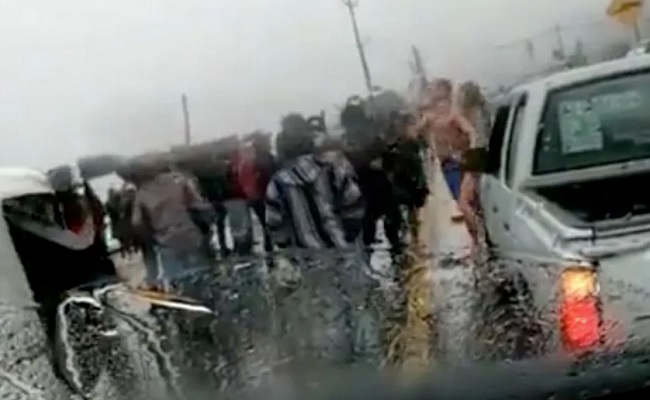 Russian tourists were attacked on a highway in Chiapas by a group of protesters on Monday, January 3rd, after one of the tourists refused to pay them a toll, the state Attorney General’s Office said in a statement.

The visitor, identified only as Denis, was driving on the Ocosingo-San Cristóbal de las Casas highway with Quintana Roo license plates when she came upon the protesters in the municipality of Oxchuc, 107 kilometers east of Tuxtla Gutiérrez, the statement said.

The assailants forced her out of her vehicle when she refused to pay an unofficial toll fee, before they vandalized the car and assaulted her. However, she managed to escape, the statement added.

In a video posted on Twitter on Tuesday and published by the newspaper Milenio, a group of some 20 men can be seen striking a pickup truck with large sticks. They appear to grab hold of a man who tries to fend off their blows.

Improvised roadblocks are common in Chiapas as a form of political demonstration and protesters take advantage of speed bumps on the highways to install unofficial tolls.