Garbage and animals are carried away by the strong currents of the water.

San Cristóbal de las Casas.- Garbage, boats, and animals are dragged by the strong currents of the rain that was recorded this Saturday afternoon in the city of San Cristóbal de Las Casas, Civil Protection personnel supervise the rivers that cross the Colonial city.

After the heavy rains that fell this Saturday afternoon in the Jovel Valley, piles of garbage thrown by the citizens themselves, as well as other objects, were swept away by the strong currents, as was observed during the rain this afternoon in the city of San Cristobal de las Casas.

While in different streets of the city it was observed that several vehicles were parked without being able to advance due to the currents that did not allow them to circulate, and so far there are no floods in the neighborhoods in the north and west of the city, civil protection, firefighters and the army continue conducting tours.

Likewise, in the Yellow River, it was observed that a dog floated and was dragged 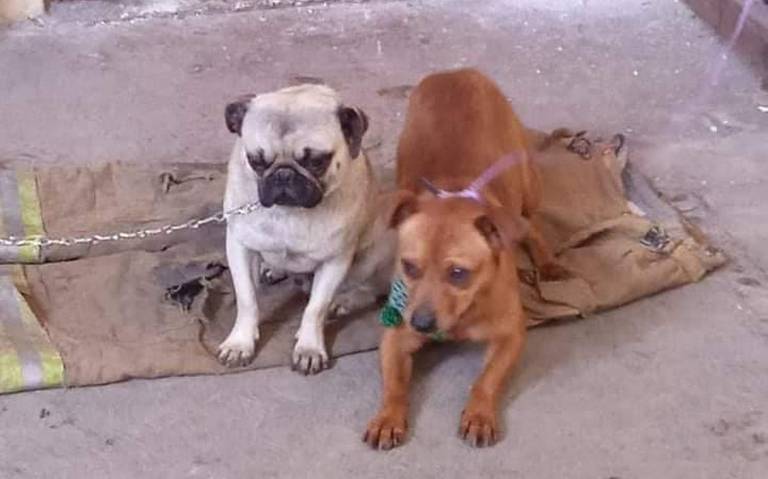 The puppies were being dragged by the rain current

The Herald of Chiapas Personnel from the fire department rescued two puppies that were about to be dragged by the currents that formed due to the heavy rains that hit the city, both animals were rescued alive and are already in the facilities of the fire station where they are receiving the necessary care.

After the rains that have been constantly recorded in the city of San Cristóbal de Las Casas, two puppies were rescued by the smoke eaters, after they received an emergency call, responding immediately by moving to the place where they saw that two dogs they were about to be swept away by the strong currents of one of the rivers that runs through the city.

Thus, firefighters carried out this work, normally the firefighters have always been dedicated to rescuing all kinds of people in different accident , in heavy rains the firefighters are pending 24 hours a day and ask the owners to come to the fire station to get the two puppies back.

During this rainy season it is recommended to take all precautions since due to this bad weather that is being recorded there could be puddles and floods and it would generate material damage or human losses, so they ask not to throw garbage in the streets because the strong currents of the rain He drags them and they go to the river, so they point out that they will be pending 24 hours a day for any type of emergency that may occur.