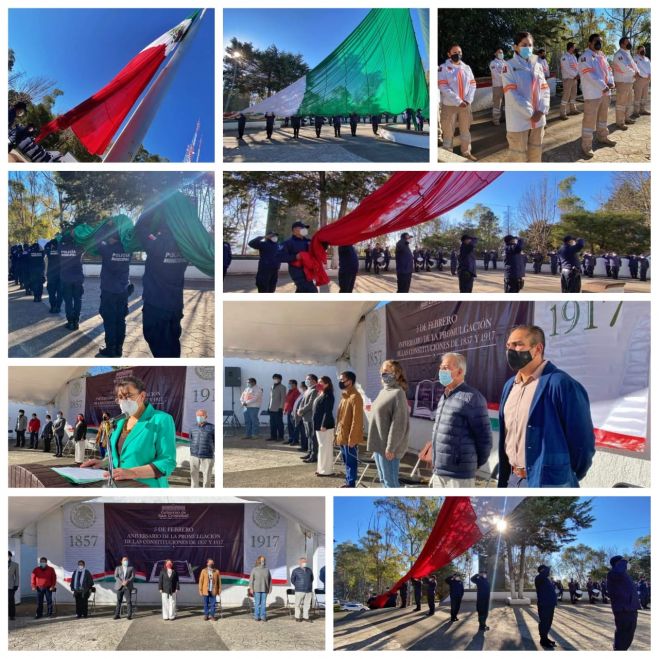 San Cristobal de Las Casas, Chiapas.- In the act headed today February 5 by President Jerónima Toledo Villalobos, the City Council invites us to recognize the result of the great struggles of the Mexican people to achieve their freedom and sovereignty, embodied in our Mexican constitution that preserves the great principles that configure and define our national legal-political system.

The president was accompanied by the council members Guillermo Alonso Gómez Loarca, Emiliano Villatoro Alcázar and directors of the Municipal Government.