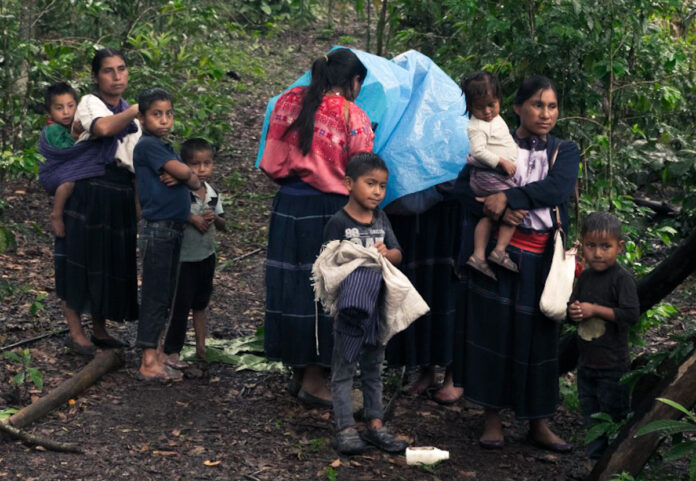 San Cristóbal de Las Casas, Chiapas. The mayor of Aldama, Adolfo López Gómez reported that once “the degree of aggression decreased,” the 300 residents who moved from the communities of Cocó and Tabak on Wednesday night, due to “the attack by armed groups.” from the Santa Martha ejido, Chenalhó municipality, they returned to their homes.

He added that the displaced, who took cover in the makeshift camps that they have used to protect themselves from the firing of firearms of different calibers, returned shortly before midnight on Wednesday.

López Gómez also reported that the employees of the company that is paving 2 kilometers in Aldama, who withdrew on Wednesday afternoon, because “they were strongly attacked by members of paramilitary armed groups” from Santa Martha, did not return to work this judge for fear of being attacked.

He pointed out that the workers of the construction company are awaiting a response from the competent authorities so that they can provide them with the necessary security so that they can return to work.

The mayor also reported that shortly before 3 pm this Thursday, “the armed group of the Santa Martha sector has begun to attack strongly with firearms of different calibers from Tok’oy to the community of Cocó, Aldama.

For this reason, he made a new call to the state and federal authorities to intervene and stop “the attacks” against the towns of Aldama, a Tzotzil municipality located in the Highlands of Chiapas.