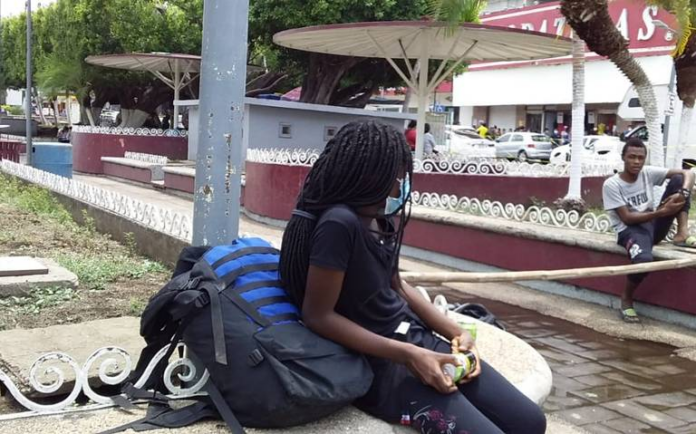 Businessmen from the historic center of the city ask foreigners to respect Mexican laws, sanitary measures and not to enter the areas fenced by Mexican authorities. They called on foreigners, both Central Americans and of other nationalities, to respect the laws, as Mexicans do in this city.

In this regard, José Elmer Aquiahualt Herrera, president of the Association of Established Merchants and Owners of Inmuble de Tapachula, (Accepitap), expressed that lately hundreds of migrants have been seen who remain most of the time in the Central Park Miguel Hidalgo of the city, without covers for manholes and agglomerates.

“Foreigners, mainly Haitians, are violating the sanitary fence that the authorities installed in the central park, to prevent coronavirus infections, therefore, they must be made to respect Mexican laws,” he said.

He mentioned that the authorities must act to prevent foreigners from continuing to use the cordoned-off area of ​​Miguel Hidalgo Park.

“We must remember that we have not left the coronavirus health contingency, because there are still infections and people continue to die from this disease, but migrants do not want to respect the cordoned-off areas,” he added.