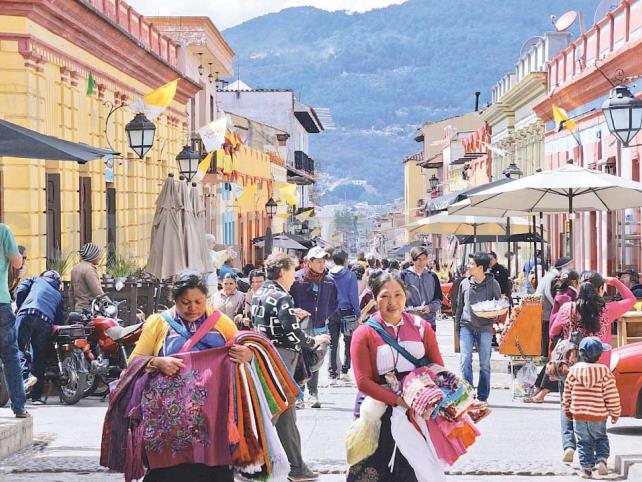 According to the Tourism Secretariat of the Chiapas government, the entry of visitors to the entity at this time can be considered as positive, taking into account that in the first four months of this year the economic income has been four thousand 343 million pesos, which means 1,667 million pesos more than on the same dates but last year when the covid-19 pandemic began its critical point.

The state agency reported that the state has had an influx of more than 1,700,000 tourists, that is, 234,000 more than those confirmed until April but in 2020. At the moment, there are five entities in the country that have the highest percentages of visits.

In the first place is the State of Mexico with 19% of its population that visited Chiapas. The list is followed by Veracruz, Mexico City, Jalisco, and Oaxaca, which obtained 14, 12, 6, and 4%, respectively. In sum, they concentrated more than a million and a half visitors.

The foreign part has only meant 13% of all tourism that has reached the entity during 2021. Among France, the United States, Spain, Canada, and Guatemala they got 228,550 visitors. Hotel occupancy is around 26% and the stay is 1.37 days.

The capital of Chiapas remains the city that has registered the most people in the year, with 348 thousand 654. In the second place was San Cristóbal de Las Casas with 277 thousand 449 visitors. Further down appeared Tapachula, Palenque, Comitán, Chiapa de Corzo and Tonalá, with 233 thousand 376, 204 thousand 137, 81 thousand 658, 80 thousand 616 and 75 thousand 239 visitors, respectively-

The most important archaeological zones that the entity has have registered 110 thousand 912 tourists; 94,195 people reported in Palenque, 8,916 in Yaxchilán, and 7,801 in Bonampak. Last year 363,539 tourists were confirmed at these sites. What is still restricted, due to the pandemic, are cruises.

As for the airport influx, more than 417 thousand passengers have been documented (until April 2021) and the highest percentage moved at the Ángel Albino Corzo airport with 334 thousand 191 passengers, and the Tapachula airport reached 83 thousand 691 people.

Only in the month of April, the period in which Holy Week was celebrated, 658 thousand 381 tourists were registered in the entity; These people generated an economic benefit of 1,755 million pesos, with a hotel occupancy that rose to 32%. The stay was 1.7 days. Both the list of tourist destinations and archaeological sites registered the same behavior. For example, in that month the state capital had 115,519 visitors, while the ruins of Palenque reached 26,555.

In summary, between January and April of this year the Ministry of Tourism detailed that “the accumulated influx in the state was one million 751 thousand 600 visitors, which represents a progression in the influx of visitors with respect to the same period 2020 (one million 517 thousand 388 visitors); the average hotel occupancy was 26%, having a lower behavior compared to the same period 2020 (27%) ”.