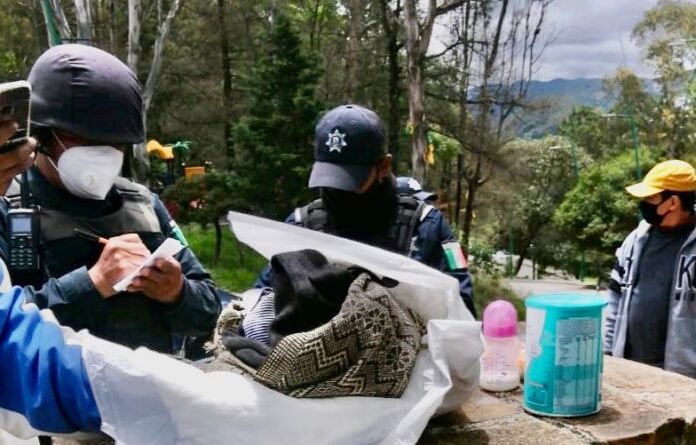 A person who was exercising noticed a bulge on cobblestones in El Cerrito, when he got closer he saw that it was a newborn; he immediately called the police.

While exercising at noon in El Cerrito, in San Cristóbal de Las Casas, a man noticed the presence of a baby wrapped in a blanket, evidently abandoned.

Without having a cell phone at hand, he ran to the flagpole to locate people who could contribute to the aid; there, with the support of some subjects, he called the emergency number.

Elements of the Municipal Police, State Preventive and Civil Protection came to the aid; While PC took the minor to a hospital for medical attention, the police elements set up a device to find her relatives.

According to the party, the girl was wrapped in a blanket with pink motifs and no message of abandonment or any element that could be found with her family was found, so she proceeded to report the facts by protocol to the Altos District Attorney’s Office. .

The medical part of the hospital where she was taken for evaluation reports that she still had blood, amniotic fluid and membranes, indications that she is a newborn, at least one day old.

Fortunately, the source cites, her health is good and she has already been discharged, after conducting the corresponding studies.