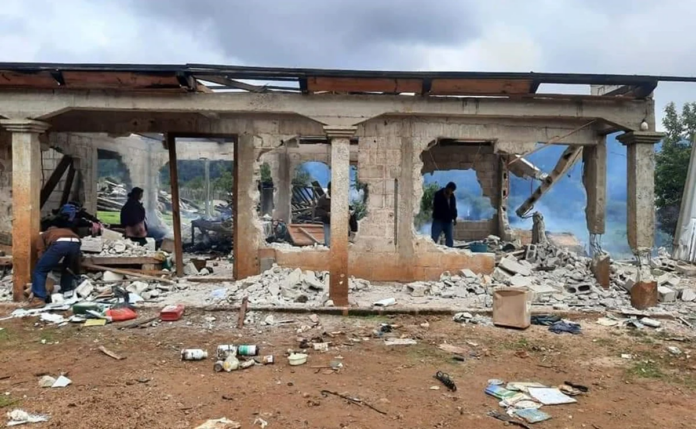 San Cristóbal de las Casas.- Catholics destroyed and burned five houses of indigenous Tzotziles of the Mitzitón community, of this municipality, when the pastor of the Alas de Águila church came to visit his mother, denounced the evangelical leader Esdras Alonso González.

He explained that around Thursday morning, Pastor Alejandro Jimenez, who is displaced, returned to visit his mother who is in a delicate state of health.

When the Catholics learned that he had arrived, they then proceeded to arrest him and transfer him to the center of the town, located at kilometer 100 of the Pan-American Highway, where he was imprisoned for an hour.

Afterwards, the Catholics proceeded to destroy and burn five houses owned by the sons of Pastor Alejandro Jiménez Jiménez.

Alonso González announced that for several weeks the threats against Pastor Alejando and his family had been reported, but it was only this Thursday that the Catholics perpetrated the aggression.

Catholics initially threatened Alejandro Jimenez Jimenez for trying to build an evangelical temple, when it is known to be banned by Catholics, the Protestant leader said.

The leader of the Alas de Águila church explained that since 1982 to date, 180 houses of evangelicals have been destroyed, during five attacks by the Catholics of Mitzitón.

The 180 families since then have had to leave the community to locate themselves in other places.

In San Juan Chamula where since 1974 there have been expulsions and attacks on families who left Catholicism to embrace Protestantism, there are now temples of evangelical churches.