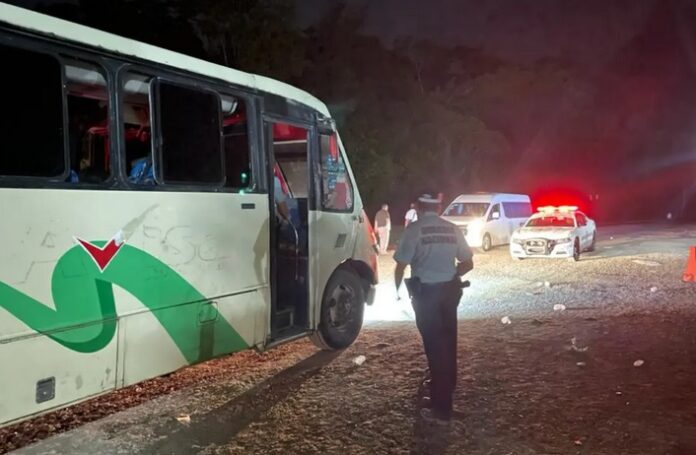 The migrants were traveling crammed inside a bus; 102 are from Guatemala and six from Honduras

Agents of the National Guard (GN) and the National Migration Institute (INM) rescued 108 migrants, six Hondurans and 102 Guatemalans, who were traveling crowded in a bus with a report of theft.

The events occurred at kilometer 121 + 700 of the Las Choapas-Ocozocoautla highway, Las Choapas-Raudales section, in the municipality of Tuxtla Gutiérrez in the state of Chiapas.

When the agents stopped a bus, a man got out unexpectedly and ran into the undergrowth to flee the scene, the troops approached the unit and realized that the driver’s seat was empty and that the vehicle was carrying more than one hundred passengers.

The National Guard agents asked the passengers what was their nationality and destination, and some claimed to come from Guatemala and acknowledged that they did not have the documentation to prove their legal stay in the country.

Therefore, the National Migration Institute (INM) was requested to take care of the migrants, who were transferred to the immigration facilities in Tuxtla Gutiérrez, where they were offered water and food, in addition to defining their immigration status.

The officers requested the status of the bus at Plataforma México, where they confirmed that the vehicle had a theft report.