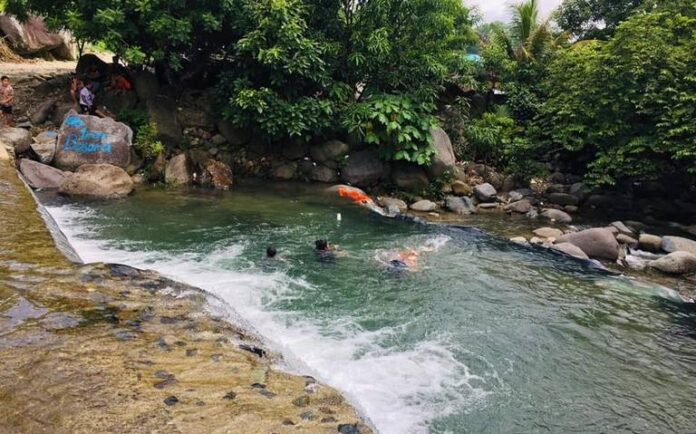 They point out that the space is kept clean and fortunately the people who have come to the spa have helped keep the area free of garbage.

After Mr. Nelo Domínguez, (Uncle Nelo), began cleaning the river that runs through the Chamulapita community in Huehuetán for a year, more inhabitants have joined in this task and even without official support, they are turning the place into a natural spa.

Neighbors on the margins of the small tributary said that although not the entire community has joined, they have begun to see results since they began to publicize the site on social networks, so now they are being visited by many people from other municipalities.

The Chamulapita community is located 5 kilometers from the Costera highway, within this municipality of Huehuetán, and access to the river’s waters is free, according to the locals it does not have its own name but comes from the mountains between the municipalities of Tapachula and Huehuetán, but the place is now better known as “La Poza del Tío Nelo”.

The neighbors, who are represented by the young Ricki Ortiz, who has been in charge of publicizing the space on social networks, assure that the water is clean and to enter the area they do not charge, but all they ask is not to leave garbage in the area. water and the immediate surroundings.

They mentioned that so far they have not been visited by any government authority or someone who has the intention of projecting this natural space that although it is small for the number of people who visit it daily, they consider that with government support it could be expanded already that heavy machinery is needed.

Finally, they point out that the space is kept clean and fortunately the people who have come to the spa have helped to keep the area free of garbage to avoid contaminating the waters, so they are now thinking of installing some food sales to be visited by more people.