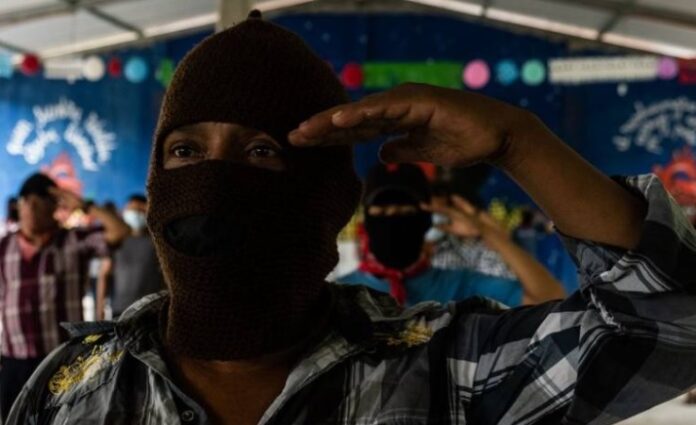 The EZLN called on national and international organizations to demonstrate on September 24.

Following accusations that state authorities have ties to criminal groups in Chiapas, the Zapatista Army of National Liberation (EZLN) assured that the state is on the brink of a civil war.

Through a statement published last Sunday, where it was issued as a result of the kidnapping of which two of its members were victims on September 11, who after eight days and with the help of parish priests of San Cristóbal de Las Casas and of Oxchuc, could be released.

Subcomandante Insurgente Galeano, who signs the letter, explained that while they were in the Zapatista air delegation in Mexico City, members of the ORCAO, a paramilitary organization that they claim is at the service of the Chiapas state government, kidnapped them for eight days. to his colleagues Sebastián N and José Antonio N, autonomous authorities of the Good Government Board of Patria Nueva, Chiapas.

It also indicates that “while the government of the state of Chiapas sabotaged and hampered the release, human rights defending organizations and the Catholic Church were not allowed to do anything.

He assured that the state government maintains alliances with drug trafficking groups, which “cause the original communities to be forced to form self-defense groups, because the government does nothing to preserve the life, liberty, and property of the inhabitants” and, thus, conflicts such as the communities of Aldama and Santa Martha are generated.

Besides, there are various problems within the state government policy, so that “the disagreements among the rural population will not take long to explode.”

Finally, he made a call for mobilizations on September 24; not only in Chiapas, but nationally and internationally because of these events, and he warned that the EZLN will take other demonstration measures that will no longer be through communiqués.

“We call on Europe from below and to the left and the sixth national and international to demonstrate in front of the embassies and consulates of Mexico, and in the Houses of the Government of the State of Chiapas, to demand that they stop provoking. That’s all. For another time there will be no communication, but facts “.