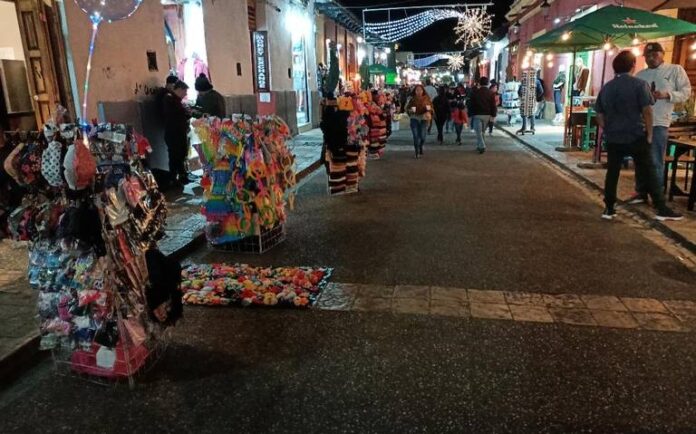 The street promenades of El Carmen, Guadalupe, and Santo Domingo, from very early on, street vendors are placed obstructing the passage of tourists.

In an alarming way, the three ecclesiastical walkways and the cathedral square are being filled with street vendors in San Cristóbal de las Casas, to date, no one has taken charge to invite them to withdraw.

The ecclesiastical streets; El Carmen, Guadalupe, and Santo Domingo, from very early and everyday street vendors, are placed blocking the passage of tourists who pass through the area.

While the cathedral square, from 6:00 p.m., more than a thousand street vendors are installed and they leave around 1 or 2 in the morning every day, there are around 1,200 street vendors that invade the streets daily.

Likewise, on the sidewalks of the supply centers, they have been taken for more than 15 years, the leaders of different organizations and their members are the ones who have decided to take to the streets and squares to sell their products.

In this regard, the citizens of San Cristobal have called on the municipal government authorities to evict the thousands of street vendors stationed in different parts of the city, however, nothing has been done to date.

In Cintalapa, street vendors are a problem that must be treated with great interest: Pérez Alemán

In this sense, Rafael Enrique Pérez Alemán, president of the Cintalapa organized trade, said that a year ago he took office, and since then he has sought a way to organize all his colleagues who are dedicated to this trade, currently there are more than 398 members of the union, between itinerant and established that are not part of the Canaco.

He said that by not having support, they alone have dedicated themselves to seeking support for merchants, they have obtained a loan with the state government that starts from a thousand pesos and goes up to ten thousand, without paying interest, only the capital, that He has helped many colleagues to be able to make their business a little bigger or to supply it, but he recognized that it is difficult not to have the support of the municipal government.

He argued that the serious problem they are facing is street vendors, it is a headache both for society and for established businesses, and that is why they are seeking to set up a work table with Mayor Ernesto Cruz Díaz to present a project to him. give an effective solution to this issue, but things have not yet happened with the municipality.

“We want to meet with the president because there are already rumors that a violent eviction could take place and that is what we want to avoid, I have already talked with the street vendors and they are in the best position to move to a safe area and that they do not interfere with the population, but the mayor is very busy and has not yet set a date to listen to us, ”said Pérez Alemán. 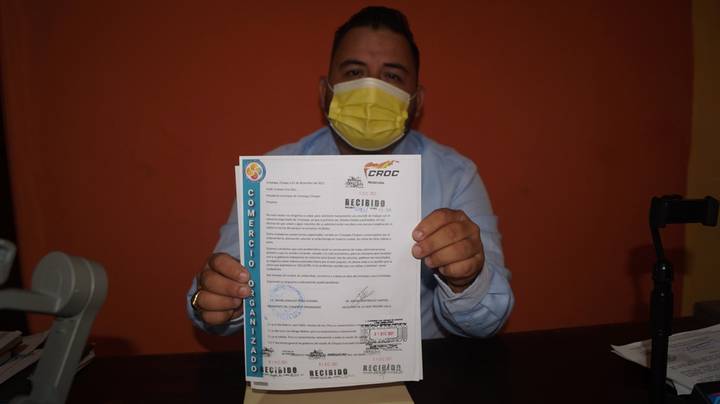 The interviewee stressed that the request to be able to find a safe place for the street vendors had already been sent by official letter to the councilors and the mayor, but since there was no response, the same document was presented to the state congress, the deputy Lina Nango He attended to them and promised to seek channels of dialogue between the first two parties in order to reach a beneficial agreement for the municipality.

“There are about 200 street vendors that are distributed in various streets of the city center, they paid 270 pesos a month until a month ago to be able to occupy a space on the public road, but they have already received a letter where they let them know that the fee will be 600 pesos every thirty days, and whoever does not pay will be removed, so they ask to speak with the mayor to discuss the matter and to propose to create a central supply in this valley that is much needed ”, but not we have a date for that meeting to take place, said the lawyer.

He made it clear that they want to pay but not the amount they were told, they want to pool that resource and buy motorcycle patrols for the security service of the same municipality, but they regret that the dialogue with Cruz Díaz has still taken place.