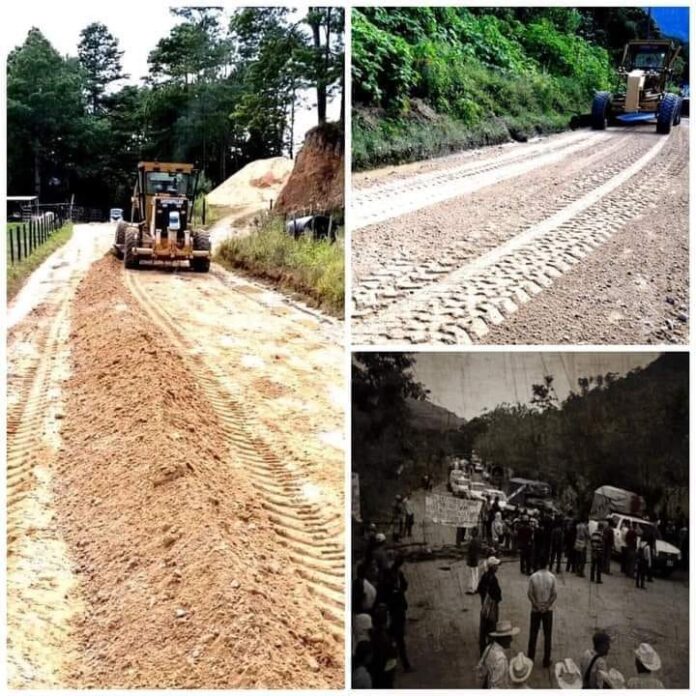 Given the constant blockade and hijacking of cargo and passenger units on the Oxchuc road section, authorities of the affected municipalities agreed to create a new route to move freely and without setbacks.

The road section that connects Sitalá – the same that began with a lining on the highway that goes to San Juan Cancuc – has become the best alternative to avoid Oxchuc.

This new alternate road also includes patching works with concrete and asphalt in the municipality of Chilón. In the same way, it will be an important route for those who have to move to Ocosingo, Palenque, and other municipalities.

Units, where dozens of tourists were traveling, were held in the blockade that has been in place for almost a month in the municipality of Oxchuc.

They themselves made the situation known and asked the authorities for help to liberate the area and thus allow them to continue their route. The detained passers-by were going to San Cristóbal de Las Casas.

After hours of dialogue, an agreement was reached and the units were able to continue on their way, however, the tourists showed their dissatisfaction with this situation.

Meanwhile, businessmen from the tourism industry, pointed out that this type of actions considerably affects the state, and although they recently held a meeting with the government secretary, who promised to dialogue with the inhabitants to free the road, until today, no get results.

“What they do is organized crime, it is no longer a protest and saying I charge you to pass, now it is another type of aggression and disappearance of people who travel there,” lamented Maricarmen Ponce Robles, president of the Mexican Association of Agencies of Travel, Chiapas.

It should be remembered that the blockade began due to public disagreement regarding the unsuccessful results of the freehand election in Oxchuc on December 15, which is the origin of these road blockades.

“It is tourism that visits us, they leave very scared, annoyed, the serious thing is that they say do not go to Chiapas, I will never return to Chiapas and I am going to tell people not to go to Chiapas,” concluded Ponce Robles.