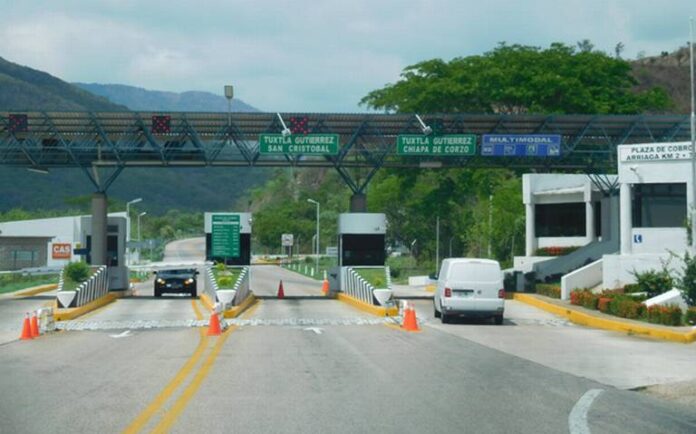 The fee for the toll booth on the Tuxtla Gutiérrez-San Cristóbal de Las Casas highway increased by 18.86 percent, which was described in social networks as a severe blow to the local economy.

In compact vehicles that used to charge 53 pesos, now the cost is 63 pesos. Gone is the charge of 26 pesos for motorcycles and 105 pesos for buses with 2 to 4 axles.

In social networks, citizens complained and there were complaints such as that of Karla Loval who said that they also increased the tool fee in the Ocozocoautla-Arriaga booth by 7 and 14 pesos.

Gregorio Andrés Xulumté González proposed: “Let’s travel on our own, the asphalt layer is in very good condition and let’s give life again to the communities that stopped selling their handicrafts, Navenchauc, Nachij to cite two examples.”

On the other hand, Fernando López indicated: “I believe that this 20% increase is largely due to the fact that third parties are taking over that booth all the time, so the concession company must replace those losses in some way. being objective is that”.

The booth is constantly taken over by displaced people who seek to obtain a resource for food and housing, which the authorities have stopped giving them while their conflict is resolved.

On this, Patricia Pin added: “Better those who sequester the booths, they charge 50 pesos and they use it for their food and clothing.”