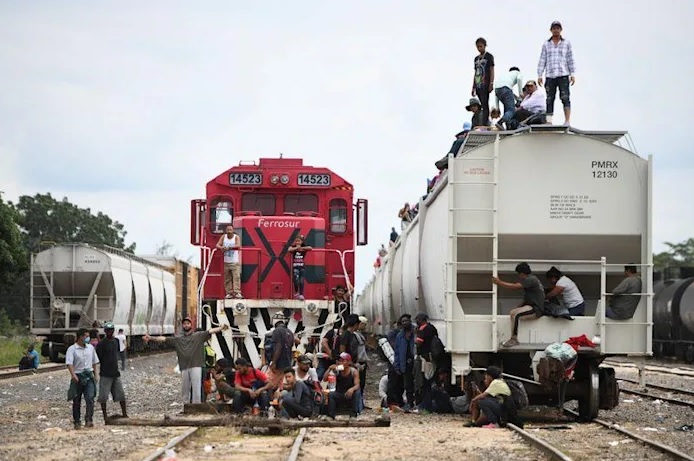 Mexican officials found more than 3,000 migrants in the country illegally over the past 48 hours, the government’s National Migration Institute (INM) said on Sunday.

The largest groups made up 380 migrants found in the western Gulf Coast state of Veracruz, with one group located in a tour bus and another group found in a trailer, the INM said.

Another 319 migrants were part of a caravan that got lost after departing from the southern city of Tapachula with the goal of reaching the United States. More than two dozen migrants were also found inside an imposter ambulance with fake logos in the state of Oaxaca, the statement said.

Some of the migrants were from Central America, the INM said.

The administration of U.S. President Joe Biden has been struggling to address an increase in migrants, mostly from Central America, arriving at the U.S. border with Mexico. U.S. immigration officials faced the highest illegal border crossings in two decades during Biden’s first year in office.