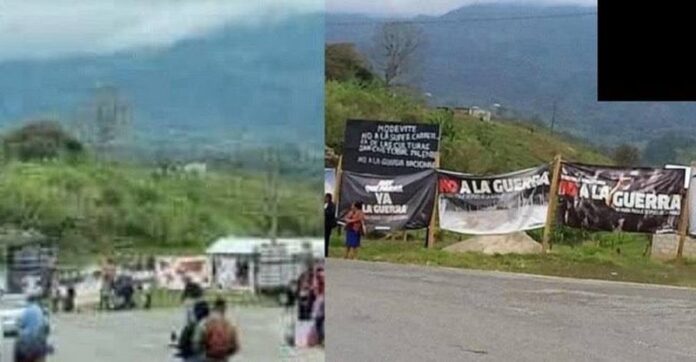 It sounds like a joke, but it’s a reality, there are plenty of excuses to block the roads in Chiapas, now they use them because they are “dissatisfied” with the war.

They were indigenous Tzeltals from the municipality of Ocosingo, Chiapas, who blocked the El Contento stretch of highway to demand an end to the war between Russia and Ukraine.

Since last week, the protesters have closed the highway that connects Ocosingo with Palenque and San Cristóbal, in addition to the fact that hundreds of inhabitants cannot go to the jungle regions.

On Sunday morning, the residents of El Contento put up banners on the side of the road to ask: “No to war” and “We must stop the war now.”

The mobilization caused inconvenience among passengers, cargo, and private motorists traveling between Ocosingo and Palenque to other municipalities and communities.

To be able to transit you have to pass an alternate route, controlled by the same locality and they ask for a fee of 20 to 50 pesos.