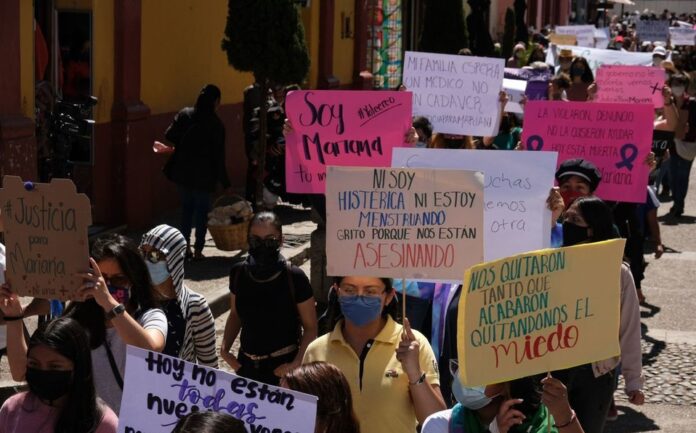 Due to International Women’s Day, demonstrations are expected in various parts of the state; here we tell you the calls that have been made.

Various feminist collectives in Chiapas announced the mobilizations that are planned for March 8, for International Women’s Day. Here we tell you where they will gather, the schedules and which groups have called the marches.

Chiapas has registered various manifestations and institutional accusations after the feminicide of Dr. Mariana Sánchez , after her body was found on January 29, so that after the case, a greater number of groups called to demonstrate.

Feminist Collective Ocosingo and Chiapas Tulan Up Girl Ants indicated that the march on March 8 will be at 17:00 . The meeting point is the  Yaxchilan sports unit , Ocosingo.

This mobilization is scheduled to begin  at 16:00 . The meeting point is the church of San Pedro . The Heirs of Lilith group  was the one who called this demonstration.

In addition, collective and feminists of San Cristobal de las Casas indicated that a march will start from the parking Chedraui at 15:00 .

Recommendations of the collectives

In addition to the general indications and suggestions for these  marches, the groups insisted that the mobilizations should be carried out with attention to sanitary measures .

Wear purple clothing or garment. Minors are advised to be accompanied by an adult. Bring water or umbrellas. Wear a mask at all times. Wear a face shield or protective glasses. Bring antibacterial gel Keep a healthy distance