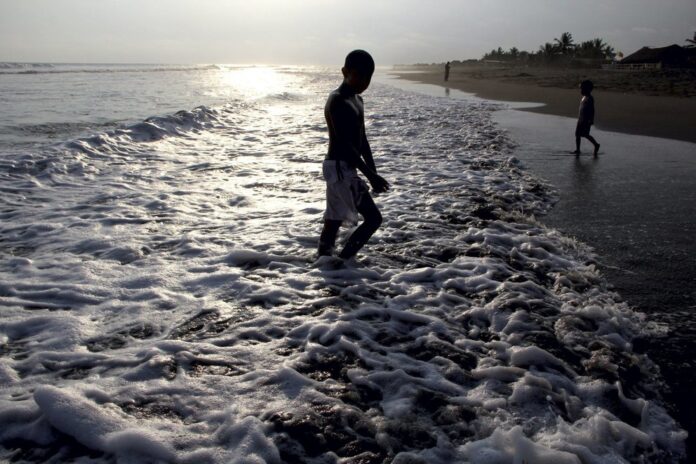 The entity prohibited access to the beaches and spas from March 18 to April 18, to avoid a new wave of COVID-19

Chiapas does not want to yield a millimeter to COVID-19, and therefore, despite being one of the three Mexican entities that remain green in the Epidemiological Alert Traffic Light, they approved strict measures to avoid contagion during the period of Easter week.

This was announced in a statement by the head of state government, Rutilio Escandón , who confirmed on Monday, December 15, that the beaches and spas of five municipalities of the entity will close for a month: from March 18 to April 18.

“From ‘Cabinet Meeting’ we insist that to save Holy Week we use the mask and avoid going out to places where there is a risk of contagion. The Health Council has already made the determination of the Prohibition Law and to close some areas of entertainment where there is a danger of this disease ”, expressed Escandón.

“Let’s avoid going out to places where there are a lot of people. Not only because of the latent risk of COVID-19, but to avoid accidents. If we don’t have anything to do that is urgent and necessary, let’s take care of Easter at home, let’s take the opportunity to be close to the family ”, he added.

The demarcations in which access to beaches and spas will be prohibited are Arriaga, Acapetahua, Tonalá, Tapachula and Pijijiapan. The rule will come into force on Thursday, March 18, and will remain in effect until Sunday, April 18. In addition, in those municipalities Dry Law was also decreed in the following periods: from March 18 to 21; from March 25 to 28; from April 1 to 4; from April 8 to 11, and from April 15 to 18. 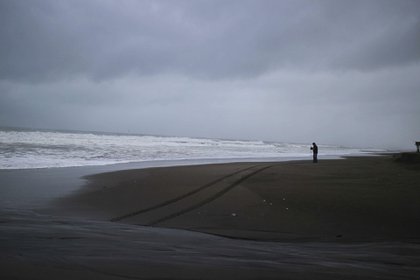 Each City Council will be responsible for controlling that the agreed measures are complied with, with the support of elements from the National Defense and Navy Secretariats. Meanwhile, in the rest of Chiapas, the usual safety protocols must be followed, such as respecting the minimum safety distance of one and a half meters, using face masks, and establishing sanitary filters with hand gel, mats and thermometers.

In addition, the authorities recalled that pilgrimages , Stations of the Cross and any other public religious activity involving crowds will be illegal .

“The call is to join forces all to be able to mitigate, contain, limit and do the corresponding to avoid a new outbreak for the major week,” said José Manuel Cruz Castellanos, State Secretary of Health.

So far , a total of 10,226 positives and 1,463 deaths have been registered in the entity. In the last 24 hours, there were 22 new infections and only one death. On March 13, the Ministry of Health of the federal government updated the colors of the Epidemiological Traffic Light at the national level and confirmed that Chiapas and Campeche managed to keep the green light. They were also joined by Sonora.

Thus, in Mexico, there are three entities with low risk, 21 at a moderate level (yellow color) and eight still with high risk (orange). You can check all the information here.

Closure and restrictions on beaches in various states 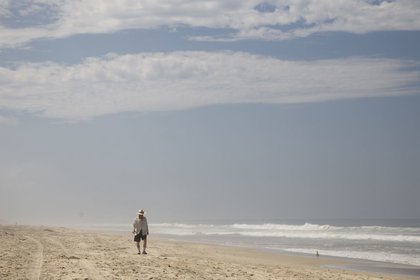 So far, beach closures and restrictions have been announced in several entities during the Easter period, which in 2021 will take place between March 29 and April 11.

In recent days, great confusion has been generated about what would happen on the coast of Baja California Sur. Although many media assured that the sandy areas would close between April 1 and 4, the state governor,  Carlos Mendoza Davis,  denied this statement through Twitter, and explained that  the state’s beaches will open, but with certain limitations.

“In order to take care of our health, in today’s session of the State Health Safety Committee, in relation to the activities to be carried out during the Easter period, the following was agreed: a)  there will be access to beaches with limited and controlled capacity at the 50% of its capacity, from 7:00 a.m. to 7:00 p.m., from March 27 to April 11 . b) Camps and all kinds of musical, artistic and cultural events are prohibited in all places, including beaches ”, informed the chief of the state executive last Friday.

Each municipality will have the final decision. In Loreto, Mayor Arely Arce Peralta announced that its beaches will be closed throughout the holiday period.  In other words, access to the Coastal Malecón, La Negrita, Playa Oasis, La Salinita, Juncalito, Ligüi, Ensenada Blanca, San Cosme, Agua Verde, San Nicolás, and El Quemado will be prohibited.

For his part, the mayor of the municipality of  La Paz announced that they will open their sandy areas:  “The opening of beaches for La Paz BCS is authorized. In agreement with the State government and the City Council of La Paz, we established the opening with 50% of capacity on our beaches for #SemanaSanta. Families are welcome to visit the best beaches in Mexico, ”he wrote on March 3 on Twitter.

As for Los Cabos, no official information has yet been released, but local media indicated that access to tourists and locals will be allowed during Holy Week.

Baja California Sur, which is at a yellow traffic light, is one of the entities that has imposed the most severe restrictions for the holiday season. According to the Secretary of State Health, Víctor George Flores,  “the armed forces will make tours  and will enter the beaches to evict these people who do not comply, so that they do not spend the night and not subject us to risks.”

The paradisiacal beaches of Jalisco turn Easter into one of the favorite destinations for Mexicans. And although they will be open during this holiday period, the government of the entity, led by Enrique Alfaro, also announced restrictions.

The beaches of Puerto Vallarta, Corredor de Costalegre, and the rest of the Jalisco coast will open from 05:00 in the morning until 17:00 in the afternoon. In addition, the bars will close at 11:00, and the hotels will be able to occupy 66% of their total capacity. To monitor compliance with the measures, a total of 287 officers will be assigned, who will be located in the main road accesses to the tourist centers of Jalisco. It is another of the states that are on a yellow traffic light.

In Sinaloa, the state governor,  Quirino Ordaz Coppel,  was in favor of allowing access to the entity’s beaches during all the Easter holidays. When attending to the media, he pointed out that in Mazatlán they have remained open, and there has been no increase in the number of cases.

“There is nothing more than an important reinforcement of prevention, of caring for people. Mazatlán is open, and on weekends there are a lot of people. Absolutely nothing has happened and the levels have been very stable, I think people have been more careful, they know that they have to be taken care of, “said the chief executive officer.

Despite this indication,  in the municipality of Navolato the sandbanks will be closed. This was confirmed by the mayor of the local City Council, Eliazar Gutiérrez Angulo, who maintained his position of prohibiting public access to El Tambor, Nuevo Altata and Las Águilas.

“Right now we are with the proposal that there are no conditions to say that the beaches of the municipality of Navolato will be open,  the restaurant area will, and with certain limitations, schedules, criteria, on certain days, but the issue of beaches We believe that it is not responsible, it is not correct for us to declare the beaches open, ”Gutiérrez Angulo told the media.

“The strength of the state that we have to be able to monitor and enforce sanitary measures does not give us, even with the support that we could have from the municipality of Culiacán and the state, they do not give us the conditions to enforce those measures. measures, so the risk would be very high, “he added.

In addition, he pointed out that in Navolato they will  evict people who remain on the Malecón after 10 p.m.

Chiapas now joins these entities. For their part, in Quintana Roo the health authorities confirmed to Infobae Mexico that they are preparing a plan to control access to the entity’s beaches during Holy Week, and guarantee a safe vacation period, both for tourists and locals.