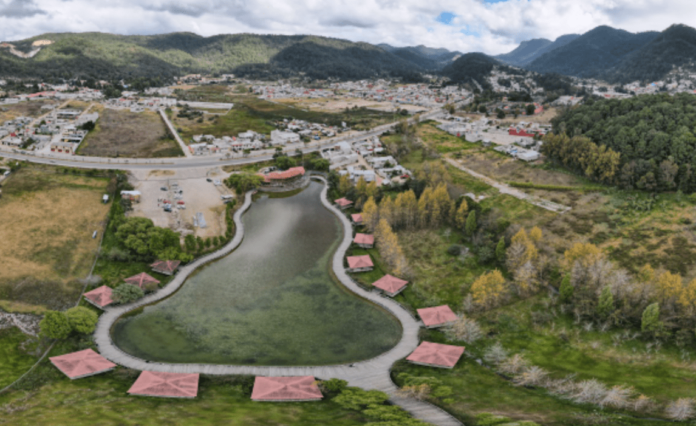 After twelve years of struggle for the care of water, they have not received results from the authorities

“Today we are placing these BANNERS ” I defend the wetlands “, as a way to draw the attention of the authorities, who still do not act.”

Alma Rosa Rojas, one of the members of the Citizen Council for Water and Territory, states that after twelve years of struggle for the care of water, they have not received results from the authorities:

“We organize various groups and organizations in the city, days for water, wetlands, and life, within the framework of world water day. Today we are placing these letters “I defend the wetlands”, as a way to draw the attention of the authorities, who still do not act, we have been waiting for many years for forceful actions to get the people who are building on the wetlands, to get going a plan for the protection of protection, conservation, and restoration of wetlands.

It should be noted that, in November 2002, the United Nations Committee on Economic, Social and Cultural Rights, decreed that “The human right to water is the right of everyone to have sufficient, safe, acceptable, accessible and affordable water for personal and domestic use. ” In April 2011, the Human Rights Council of the same body recognized safe access to drinking water and sanitation as a human right.

For a long time we were denouncing the construction of the building … next to the “Navajuelos” spring, we denounced it for a long time, since they were laying foundations, since they were opening the trench for foundations, it could never be stopped. No authority, neither municipal, nor state, nor federal stopped that construction, now there is a three-story building … “

According to the manifesto of these citizens, in San Cristóbal de Las Casas, environmental deterioration has reached alarming levels; one of the most critical is precisely that of water. All this has resulted in the poor quality of the water consumed by the inhabitants of the basin, in addition to the subsequent health problems, the shortage of liquid in many neighborhoods and neighborhoods, and the general devastation of natural areas.

As is known, this colonial city has two mountain wetlands: Ma. Eugenia and La Kisst. Both spaces have been classified since 2011 as Natural Protected Areas Zones Subject to Conservation by the state government; and in 2012 as Ramsar sites, that is, of international importance due to their biological richness.