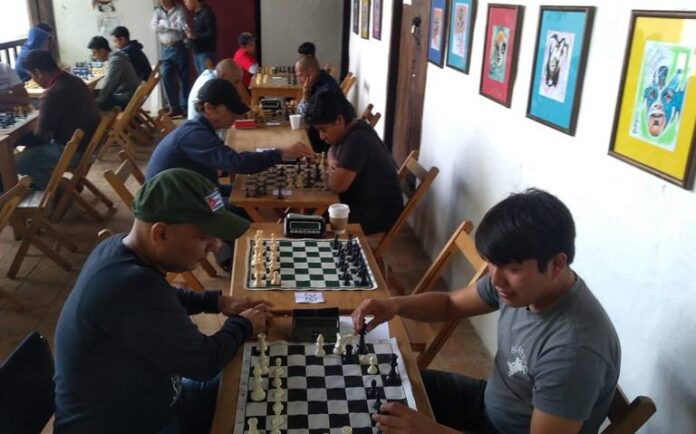 This tournament is a qualifier for the national Olympiad that takes place year after year, they report

San Cristóbal de Las Casas, Chiapas.- Jorge Sántiz Encinos, one of the managers of the Chess Square, reported that the Chess Square will host the regional tournament of this discipline that will qualify for another stage, where it will be defined who will win a place for the national one, an event that still does not have a date for its realization.

“This tournament is qualifying for the national Olympiad that takes place year after year, but it goes in phases, so the Chess Square has to host the regional phase that will be held on March 26,” so it is invited to all the chess players from all the municipalities of the Los Altos Region to participate, “he said in this regard.

He assured that they already have a “green light” to carry out the tournament in person, following all health protocols such as the use of mouth covers, antibacterial gel and healthy distance, since the facilities of the Plaza lend themselves to continue with everyone the protocols.

“It will be done with a Swiss system if there are several participants, since there are several categories of 10 years, 12, 14, 16, 18, in the male and female branches, then depending on the number of participants, it can be that system or an all against everyone and whoever scores the most points will be the winner of the tournament, we plan to start at 9 in the morning, to finish between 5 and 6 in the afternoon, “he added.

Sántiz Encinos said that two players will be classified for each category, for the next phase that would be at the state level, where the venue and date have not been defined, almost every year it is done in Tapachula, but there is still nothing defined. “

Finally, he recalled that in the previous edition, 18 participated in total, 10 classified the state, “but the format changed, from the state they were going to go directly to the national, but due to the pandemic it no longer took place, so we hope that this year it will be doing in all phases; now we have four players in the high-performance school, we had 6 but the school is very strict and any failure is dropped to the students, there are about 10 more players who have a good national ranking, in total, we will have in San Cristóbal about 26 chess players with a very good level “.