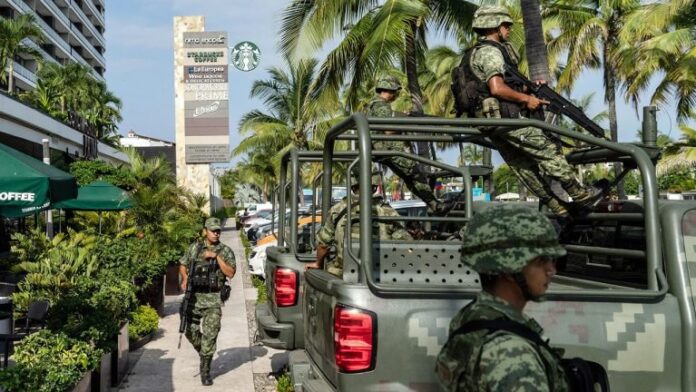 Lázaro Sánchez and Victórico Gálvez were kidnapped while on their way to the municipality of Palenque, where they would meet with members of the organization Pueblos Autónomos por la Defensa de Umos y Customs.

El Frayba “has information that two of its members were kidnapped while they were traveling to the city of Palenque, Chiapas, and until now their whereabouts are imprecise,” the agency warned in a bulletin.

“This with the aim of holding a working meeting with members of the organization Peoples Autonomous for the Defense of Uses and Customs (PADUC) and relatives of prisoners,” the statement detailed.

At around 9:00 p.m. local time on Monday (02:00 GMT on Tuesday) of the same day, the Frayba received information that the human rights defender Lázaro Sánchez Gutiérrez had made a call to his family from an unknown number indicating that together with his partner, Victorico Gálvez, were well and were in the town of San Felipe, municipality of Ocosingo.

However, in the same call, he asked that “some of his relatives carry a certain amount of money in a private vehicle this April 13”.

“It is important to highlight that from the first moment the state and federal authorities have knowledge of the facts, who until now have not given clear information about the situation,” lamented the NGO.

El Frayba expressed “its concern and strongly condemns these acts of intimidation, aggression and kidnapping” of its two members.

“We do not omit to mention that these acts occur in an environment of criminalization of human rights defenders in Mexico and accusations to the Fray Bartolomé de Las Casas Human Rights Center,” he added and asked the Mexican State for an “exhaustive and impartial” investigation to guarantee the life, liberty, security, and integrity of the two members.

Mexico is one of the most dangerous countries for the exercise of journalism and for the defense of human rights.

According to the recent report, prepared by several NGOs, “Situation of the defense of human rights and free expression in Mexico from the Covid-19 pandemic”, updated until October 2020, at least 24 human rights defenders were murdered in the country during the year.

According to the NGO Article 19, in 2020 six journalists were killed for their journalistic work.