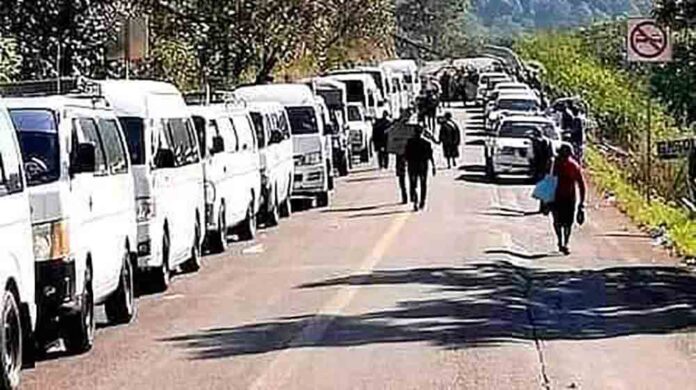 Over 10 days of the road blockade at the points “El Muro”, “Buenavista” and “El Corralito”, in the municipality of Oxchuc, the municipal president of this municipality, Alfredo Sántiz Gómez, has not addressed this problem, where He promised to pay 9 thousand pesos to each inhabitant of 46 communities, despite several minutes signed in which he agreed to solve the demands of the people.

Meanwhile, organized transporters in the region, fed up with the closure of the federal highway, demonstrated in one of the blockade areas, demanding that the government apply the rule of law, where they attacked each other with sticks and stones, leaving several injured.

On Monday night, the people of Oxchuc felled more trees on the road, in addition, they threw down several electricity and telephone poles, affecting the electric power and the cell phone network in several municipalities in the Altos region.

“Nobody is interested in the road blockade that has been going on for weeks on the Ocosingo-San Cristóbal section, installed in various points of the Oxchuc municipality, the authorities ignore our demands, are they expecting there to be deaths among indigenous people? We want to move freely on the roads, the blockade has affected thousands of people ”, concluded the group of transporters.