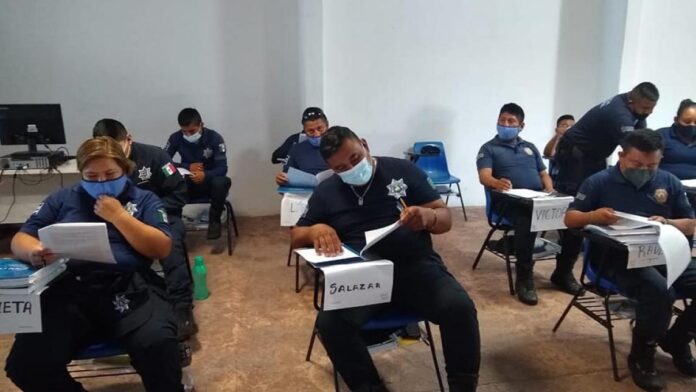 San Cristóbal de Las Casas, Chiapas. – As part of the 2021 Continuous Training Program, the Municipal Police Directorate continues to promote the training and training of its elements, for which it has managed courses and workshops with federal and state entities, such as the National Guard, the Attorney General’s Office, the Prosecutor’s Office General of the State and the Police Training Institute of the Secretariat of Security and Citizen Protection.

This program, explained the police, aims to expand and keep up to date the knowledge and skills of both operational and administrative personnel, adhering to the principles of legality, proportionality, respect for human rights, and the need for the use of force, which govern the exercise of functions in matters of citizen security.

He added that in accordance with the new National Police and Civic Justice Model, which seeks to strengthen the country’s public security agencies, the Municipal Police Directorate aligned its functions in seven strategic axes: social proximity, preventive patrols, optimal force status, attention to victims, reception of complaints, work in favor of the community and investigation under the direction and command of the public ministry.

For this reason, he highlighted that, in the near future, with the support of the Treasury and the Mayor’s Office of the City Council, a collaboration agreement will be signed with the State Center for Certified Trust Control, so that this year 100% of elements and with this, comply with the standards required by the Executive Secretariat of the National Public Security System (SESNSP).

Finally, he indicated that with these actions it has been possible to establish an effective articulation to reduce the incidence of crime, improve the perception of security and, above all, progressively increase the level of trust of citizens towards the institution, so this year it will continue working in close coordination to obtain better results.