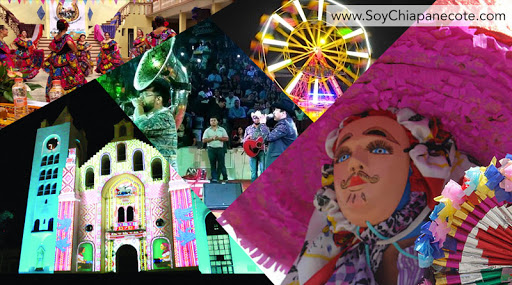 A true literary and musical party was broadcast on the Tuxtla Cultural Facebook page, of the Tuxtleco Institute of Art and Culture (ITAC), as part of the virtual events that included book presentations, talks, and recitals.

Likewise, the musical-literary recital “Tuxtla and its San Marcos fair” was held. One of the invited authors was Enrique Hidalgo Mellanes, who read the poem “Cantos para San Marcos Tuxtla”, included in his work Rituales al silencio y la Nieve. For his part, the writer from Villaflore Jorge Ever González read “La Feria”, a piece with which he nostalgically recalled his impressions of the traditional celebration of San Marcos.

Other characters who presented their books in the framework of the event were María Dueñas, with Sira; Tanya Cosío, Bird’s Eyes; Luis Alberto Ballinas Moreno, Obsession; Ana Lilia Pérez Quesada, Ecclesiastical sources for the construction of history, and Chary Gumeta, Take your dreams, leave me the memories.

The members of the Association of Independent Writers of Chiapas were also part of the cultural festival, commenting on works such as Fugitives from the destiny of Edén López Martínez; Stories of migrants in the land of Trump by Pedro Guadiana; The time of my memories of Addel Córdova and My first exercises in Chess by José Carlos Morales.

On April 23, the presentations continued with Chiapas and the mythical geography of César Corzo Espinosa, with the participation of the teacher and dancer Sofía Corzo and the social anthropologist Tania Ramos.