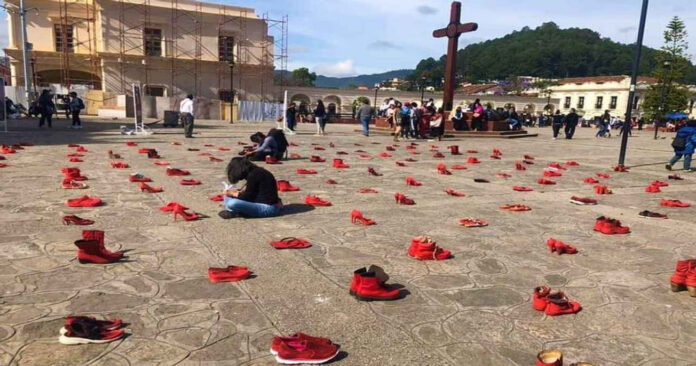 The exhibition arose in 2009, the artist Elina Chauvet, creator of the exhibition, made it in memory of her sister, who was a victim of marital femicide. Likewise, the exhibition seeks to remember women victims of violence and femicide. Importantly, the installation has been replicated in various locations around the world.

Monserrat Méndez, the general coordinator of Doctors of the World, said that in San Cristóbal de Las Casas, around 200 pairs of shoes were collected, in order to remember all those women who were victims of femicide.

The idea of ​​collecting different shoes is to represent women from different social backgrounds, “they paint themselves red in order to recognize women survivors of gender violence and honor the lives of victims of femicide,” he mentioned.

The Red shoe exhibition reflects the concern about violence against women. Data show that 10 women die every day in the country.