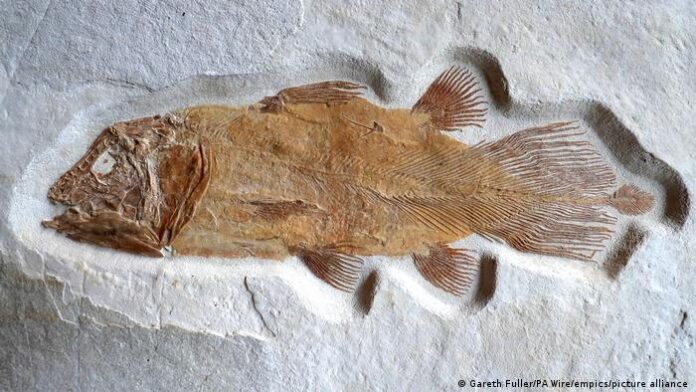 The fish called Choichix Alvaradoi, in honor of the paleontologist Jesús Alvarado Ortega, was found in Chiapas, it would have inhabited the American continent, at the same time as the existence of the dinosaurs.

Researchers found in the Mexican state of Chiapas a species of fish that lived 95 million years ago, at the time of the dinosaurs, and of probably American origin, according to the National Autonomous University of Mexico (UNAM).

Paleontologists from the UNAM Institute of Geology found this fossil in 2018 in the El Chango quarry, located in the municipality of Ocozocoautla de Espinosa, Chiapas, approximately 30 kilometers from Tuxtla Gutiérrez, the state capital.

The fossil was baptized with the name Choichix Alvaradoi, in honor of Jesús Alvarado Ortega, who dedicates his academic life to the study of fossil fish in Mexico and the training of other paleontologists. In addition, it is also a tribute to the language spoken in the nearby communities of the quarry.

Kleyton Magno Cantalice, a specialist in paleoecology at UNAM, explained that Choichix alvaradoi is a genus and species “new to the world”. The expert said that it belongs to a large group of fish called acanthomorphs (acanthus = thorn, morphos = shape) of which almost all those that have a thorn in their fins are part, such as mojarra, snook, or red snapper, among others.

“We could say that this species lived alongside the dinosaurs, although this does not mean that there are such fossils in that quarry,” said the researcher, who published his findings in the journal Papers in Paleontology.

Choichix alvaradoi is thought to be the “most primitive” species within the phylogenetic analysis (of its genetic lineage), which leads to considering that the origin of this group was in Mexico and had dispersion and diversification towards the Tethys Sea, an ocean from the Mesozoic era, prior to the appearance of the Indian Ocean.

“Before it was believed that the fish had originated there (in Europe) and that they migrated to this part of America. However, now we see that the oldest and most primitive fish lived in this region,” he reiterated.

This is also an “important finding” because it is not only the case with this fish but with other animals too, which points to a “new history for this group, whose origin is American and not European,” concluded the UNAM specialist.

TAG Airlines begins flights from Guatemala to Tapachula and Cancun