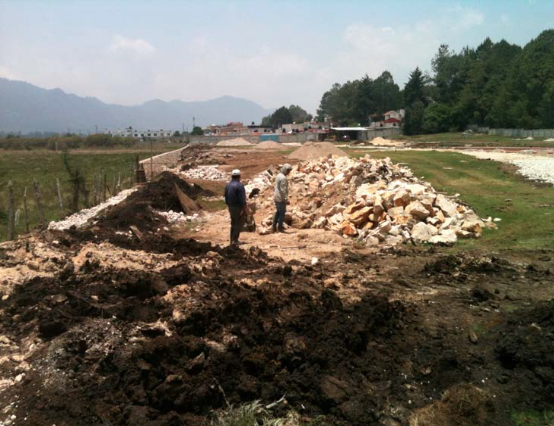 Nicolás Gómez, a member of the General Council of the South Zone, denounced that criminal groups continue to invade protected natural areas

San Cristóbal de Las Casas, Chiapas. – Nicolás Gómez Velasco, member of the General Council of the South Zone and a member of the Jovel Valley Environmental Network, denounced that criminal groups continue to invade protected natural areas and that no authority does anything to stop the destruction of wetlands.

In an interview, he commented that a few days after the arrival of the new municipal authorities, they are building a house of material in the area of ​​the María Eugenia mountain wetlands and that they have counted between 10 and 15 trucks with filling material and the authorities are doing nothing to stop them.

“We have already denounced, that is why the urgent call for citizens to continue organizing in the defense of our natural resources, the call is for unity, there are political and economic interests for which they are harming us all.”

Finally, he ruled out creating a self-defense group, since his movement is peaceful at all times, “we have taken strong actions such as a blockade but it has been due to the lack of attention from the authorities, they continue to destroy, but the proposal is dialogue, and carry out community actions for the defense of nature ”.