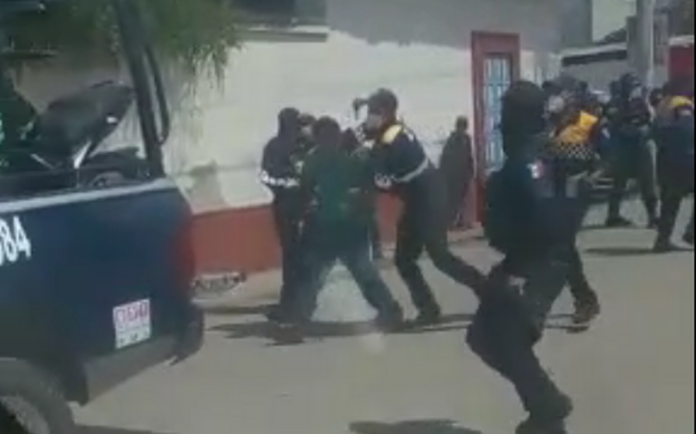 Since the beginning of the current administration, operations have been started at different points, which has caused the annoyance of various groups and/or organizations.

San Cristóbal de Las Casas.- Elements of the Police and Traffic directorates in San Cristóbal, inspected a total of 65 vehicles on Calzada La Quinta, in the La Garita neighborhood, where the tinting of 50 cars was removed, 06 motorcycles stopped for not having documents and/or license plates, and two people were arrested for disturbing public order, which led to the mobilization of various groups who tried to rescue their vehicles, and as a result, two people were arrested.

It was around 12:35 pm this Friday, that during the operation, a group of approximately 50 people from the Molino Los Arcos community, lower part, arrived at the place in an aggressive attitude, demanding the return of one of the infringed motorcycles, to which they were told that they should have to pay a fine for violating the current traffic regulations.

However, these people ignored and began to attack police officers and elements of municipal traffic, for which dissuasive maneuvers were carried out to try to calm them, to which they responded with more attacks, causing damage to one of the patrols. that two male persons were secured, who were transferred to the preventive separations of the Municipal Police Directorate, where the payment of the repair of damages to a municipal transit unit was agreed.

It is worth mentioning that since the beginning of the current administration, operations have been initiated at different points, which has caused the annoyance of various groups and/or organizations, but due to the number of elements, it has managed not to give in to the whim of the insured or withheld preventively.