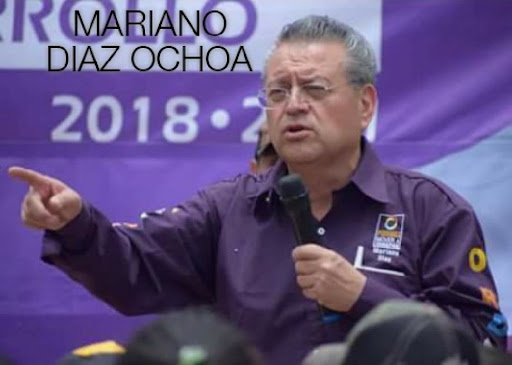 From the other end of the phone, in an atmosphere of tension and fury, those close to Fredy break their heads to find out what happened that night. Last Thursday, veteran Chiapas journalist Fredy López Arévalo was shot dead when he was returning home in San Cristóbal de las Casas after celebrating his mother’s 83rd birthday with his entire family. A hitman on a motorcycle was waiting for him at the door of his home. A week after the shooting in the back, suspicions increase, but no one dares to say who could pay the price that cost his life or why. In what everyone agrees, family and friends are that his work bothered both the power and the drug traffickers. And that Fredy was shot for being a journalist.

Fredy’s crime has become the latest symbol of violence against the press in one of the countries – not officially at war – most lethal for the profession. Just 24 hours after his murder, another colleague in Acapulco (Guerrero), Alfredo Cardoso, was also riddled with bullets, he died two days later in a hospital. The two homicides added to the number of murders of journalists, which has reached 10 so far this year. The Reporters Without Borders organization named the country the most lethal for the profession in 2020, with eight deaths. Before the end of 2021, a new macabre record has already been broken.

After his murder, Fredy’s family who grew up in a journalistic environment – three of the five brothers were dedicated to the press – reviewed his latest Facebook posts, where he shared all his work. For years, they say, he only used the cell phone, no notebook, and pen. From his mobile, he typed the news that came to him for Jovel’s official account on the social network and shared it from his own. With more than 30 years of experience, the reporter had become an influential voice in local public opinion. “He was able to annoy about a dozen people. Wherever you look, there is something you say, maybe it was because of this thing, ”says a close friend who prefers not to say his name for security reasons.

The last publication was from the same day of his murder, on October 28. “Here, on the last frontier, where the homeland begins, the rivers of immigration of citizens continue to the north. The containment of Central American and extracontinental migrants continues; the excruciating poverty continues … ”, began the last chronicle of the journalist signed in the Highlands of Chiapas. The region, which includes San Cristóbal and the indigenous municipalities in the north of the state, has been shaken in recent months by a wave of violence between drug trafficking and self-defense groups that has caused more than 2,000 displaced people from the mountains to the main cities. .

About the security crisis that surprised an area far from the great fights of the drug cartels, better known for the indigenous struggle for land, Fredy wrote in his last notes. Such as the assassination in July of the 35-year-old activist Simón Pedro Pérez, who had accompanied the residents of Pantelhó to file a complaint with the Government Secretariat for the advancement of criminal groups in the region.

In recent weeks, Fredy’s dart was aimed directly at the municipal government of San Cristóbal, led by Mariano Díaz Ochoa (Green Party). In a post on October 20, the reporter called him a “usurping president.” He even hinted that there were links between municipal power and drug trafficking and violence in the area. “Although in Chiapas the word narcopolitico is prohibited in the press, it does not mean that it does not exist,” the same text reads. The reporter’s accusations coincide with a few months of terror in San Cristóbal, a town that lives largely off foreign tourism.

A group of hitmen nicknamed Los Motonetos has rocked the town with cobbled streets, crafts, and indigenous textiles. The local press nicknames them that, although they estimate that there are up to five groups of young drug dealers. “These gangs are known by the neighbors as shock groups hired by municipal authorities or individuals to generate conflicts,” published the newspaper La Jornada a week ago. And they are related to the murder of the Indigenous Justice prosecutor last August in the same town, Gregorio Pérez Gómez. In this climate of rising violence in the city, Fredy moved and denounced.

Another of the news that the reporter published was from October 17 and 18. There the journalist denounced anti-drug operations of the Navy. A plane with the United States flag on one side was set on fire and a boat that had transported drugs was abandoned near his rest home in the coastal area of ​​Boca del Cielo, south of Chiapas. “Since yesterday [October 16] the Secretary of the Navy intensified the overflights with planes and helicopters over the island and the patrol by boat. The military is on a shipment of coca that they allegedly unloaded on this island, in an arm of the Pacific Sea, but they have not found it, “reads a publication of those days along with images of the semi-burned plane.

The journalist assured in his reports that the Chiapas corridor, on the border with Guatemala, was the gateway for drugs from South America to the United States. A topic that is hardly talked about in Mexico. The great drug lords have always been in the north; also their wars. Chiapas has rarely been identified as a State with a presence of organized crime at that level, although Joaquín El Chapo Guzmán took refuge very close to there – in a municipality of Guatemala on the border with Mexico – shortly before he was captured for the first time, in 1993. “It is an open secret that 65% of the cocaine that arrives in the United States enters through Chiapas, with the widest and most porous border with Central America,” said Fredy in his latest chronicles.

Shortly before denouncing the operations against drug trafficking, the journalist denounced the murder of a colleague. Very close to his house on the beach, in Puerto Arista, they had found the body of journalist Gerardo Antonio Moreno, originally from the north of the country (Monterrey), who was in Chiapas those days investigating the trail of the powerful Jalisco Nueva Generación Cartel in the South of the country.

According to those close to Fredy, he had not received any threats lately. “He would have told us or shared it on networks, when that happened years ago, he denounced it out there,” explains another friend. And these days they are all trying to answer the terrible question: why? His wife, Gabriela Vázquez, sent a message to President Andrés Manuel López Obrador this week so that the federal government supervises justice against her husband’s crime. “It is very unfortunate because journalism in the towns is very risky, unfortunately, they’re the one who denounces the aforementioned runs into,” acknowledged López Obrador. So far in government, almost three years, 49 journalists have been murdered and only five of the cases have received a sentence.