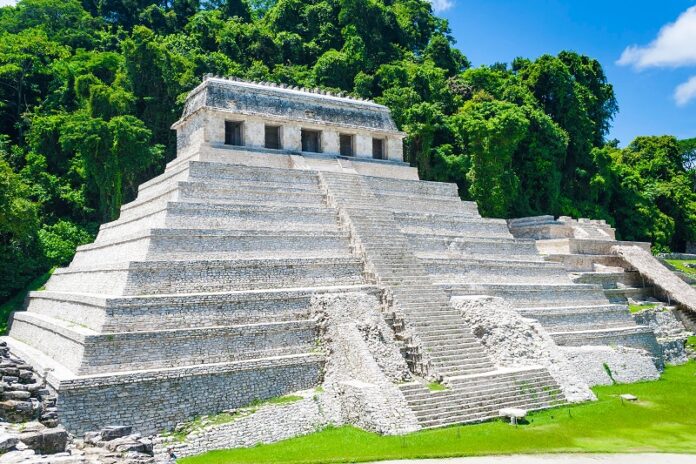 Nestled away among the dense jungle of Chiapas State, Palenque is a famous Maya city that flourished around the seventh century.

Although the archaeological site is much smaller than Chichen Itza or Calakmul, it boasts some of the best Mayan carvings, sculptures, and architecture.

Palenque has several large temples and palace complexes for visitors to explore. In general, these are exceptionally well-preserved.

Thanks to the marvelous hieroglyphics and bas-reliefs, much is known about the site and its former inhabitants, as well as their mysterious mythology.

The most arresting structure is the Temple of Inscriptions which is a funerary monument to Hanab-Pakal – Palenque’s most famous ruler.

Its elaborate carvings document and depict events and rituals of centuries gone by, and a splendid sarcophagus and death mask were found within the tomb.