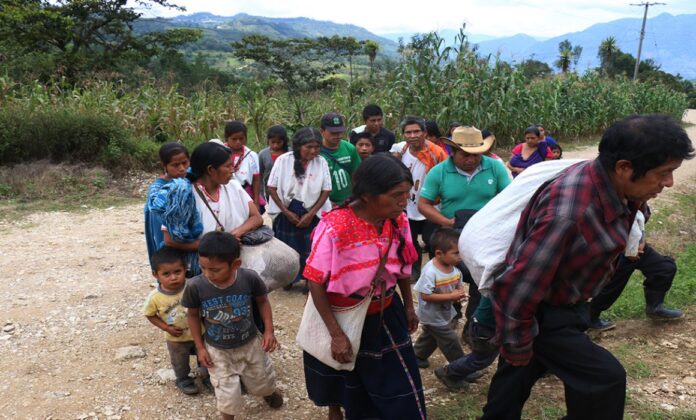 SAN CRISTOBAL DE LAS CASAS, Chis., May 25, 2021.- Less than two weeks before the electoral elections to renew mayors, state and federal councils, Chiapas is on the verge of hell with the multiple homicides of community members of Venustiano Carranza, armed attacks on indigenous communities of Aldama, and the arrest of 19 young normalistas who are being held in “El Amate without the government of Rutilio Escandón Cadena having the capacity to guarantee peace and certainty in the entity

In the last 72 hours, the communities of San Pedro Cotzilnam, Tabak, Cocó, and Xuxchen have been attacked by armed groups that overlap with the Escandón Cadena government, who due to their incapacity have not complied with precautionary recommendations to guarantee the physical and psychological integrity of the indigenous people. tzotziles of Aldama issued by the National Human Rights Commission (CNDH)

Since the morning of this Tuesday, the municipal president of Aldama, Adolfo López Gómez, publicly denounced a strong-armed attack on the community of Cocó with high-powered projectiles, which is why the internal forced displacement of Tzotziles to the mountains of that town is not ruled out.

López Gómez also assured that the aggression of the armed groups affects even the members of the National Guard and members of the Secretariat of Security and Citizen Participation (SSyPC) who have been the object of attacks in that same region during the patrols.

In a lukewarm way, the National Human Rights Commission (CNDH) tried to dialogue with the groups in conflict