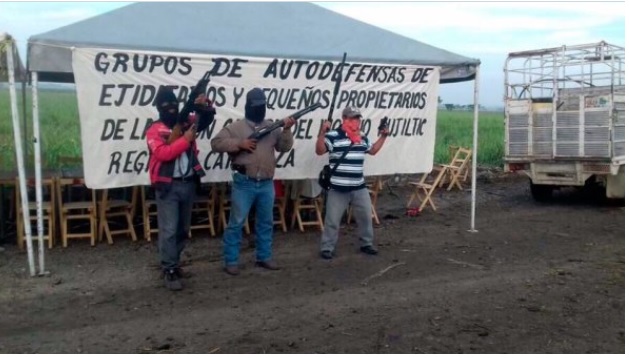 Tzotzil indigenous people formed the self-defense group “El Machete”, broke into the municipal seat of Pantelhó last Wednesday; their objective is to combat organized crime groups embedded in power, who have dedicated themselves to murder and dispossession of land.

“The government has forgotten us”

In a press release that was released this Saturday, the newly formed People’s Self-Defense group asked the federal and state government to refrain from sending elements of the National Guard (GN) and the Mexican Army to intervene in this conflict that the government forgot “because it is no longer time.”

In the letter, the self-defense “El Machete” recalled that 20 years ago the indigenous municipality of Pantelhó was taken by force by Austroberto Herrera Abarca, arrested at the end of July 2019, whom they accused of opening the doors to organized crime and murdering some 200 Tzotziles who opposed their criminal activities.

They warned that once their territory is free of hitmen and drug traffickers they will withdraw since they do not seek power or money.