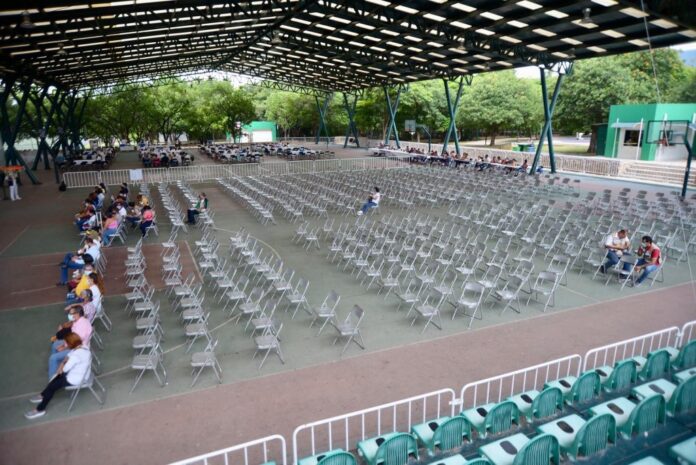 Religious beliefs and the lack of information have slowed down the inoculation in indigenous communities, where they ensure that everything is calm because they drink their ancestral drink

Chiapas is the state with the lowest number of the population vaccinated against covid-19 due to religious beliefs and the little information that reaches the communities of the Chiapas mountains.

In some, such as San Juan Chamula, the issue is sensitive and if a stranger mentions it among the inhabitants, he can be arrested, taken to the plaza with a rope around his neck, and fined between 100 and 200 thousand pesos.

Thus the repeated warning of those who know this population. For this reason, the vaccination modules do not enter that area and remain on the periphery, but they are almost empty.

The only ones that register an influx are the vaccination centers in cities such as Tuxtla Gutiérrez, San Cristóbal de las Casas and Juchitán, among others, where there is a greater population, but even so, it is low.

Zinacantán is a neighboring municipality of San Juan Chamula, with very similar characteristics and with the same ignorance: do not get vaccinated. “They all agreed, all the people not to allow themselves to be vaccinated, they are afraid,” said Juana Bárbara Vázquez, an artisan from the area.

Although they ask for support for tourism to return, since the pandemic began they have not had great sales, locals are firm in their convictions: “The truth is that I am not, nor am I going to get vaccinated; I think I’m fine like this because in any case here in the town everything is calm, thank God nothing has happened to us, everything calm.

At 46 years old, Doña Juana names what most consider the infallible remedy for any evil: POX, an ancient brandy that they distill at home. “The pox helps us to cure the covid, we take it; with that, they say the covid is killed and many people are buying it …

“In addition, San Lorenzo, who is the patron of the people of Chiapas, protects us … since covid-19 began last year it has not stopped anything, we have not stopped. In August, covid was very strong in other places and we celebrated the San Lorenzo festival, from August 8 to 10, with many people.

“We thought there would be many infections, but thanks to San Lorenzo there were no infections. Many say that they dreamed of it, that if the party was celebrated, nothing would happen, but that if it was not celebrated, then yes, and thanks to him we are alive ”.

Faced with this type of resistance in marginalized or hard-to-reach areas, federal and local authorities seek various strategies for people to go to apply their vaccine.

“There is resistance, people still do not understand that sense of urgency that we are in a pandemic and there is a virus that can greatly affect people’s health … We have established modules, checkpoints to raise awareness, but I think we still he doesn’t understand, ” Francisco Avilés, the secretary of Civil Protection of San Juan Chamula, explained to Milenio.

Regarding the strategy or plan B to convince them, he pointed out the campaign that invites young people 18 years of age and older to take two adults to the centers and also get vaccinated, although they have not yet touched them.