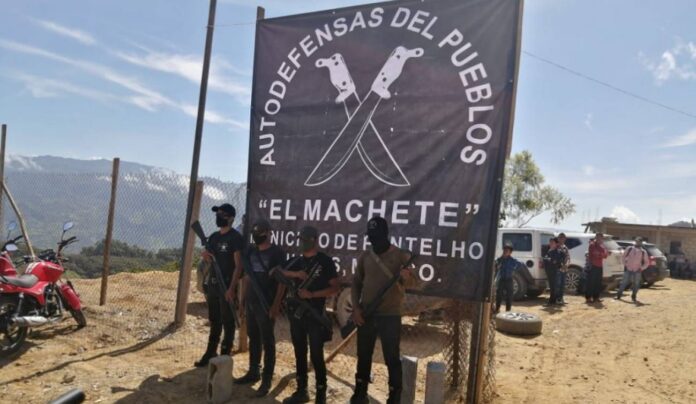 A group of Tzotzil indigenous people indicates a lack of response from the authorities for which they will monitor the security of their community in Pantelhó, Chiapas

This Sunday, a group of indigenous Tzotziles, called “El Machete” from the municipality of Pantelhó, Chiapas, presented themselves before the media and the world, demanding an end to impunity and the presence of organized crime that is ravaging the community, this was shared by the correspondent from W Radio, Eduardo Torres in the space of “Así las Cosas” with Gabriela Warkentin and Javier Risco.

Eduardo explained that a few days ago armed groups broke into the houses of the residents of Pantelhó, taking control of the area, ambushing and disarming elements of the National Guard, causing the departure of the inhabitants who had to migrate to San Cristóbal de las Casas.

This group of Tzotziles, called “machetes”, affirmed that they will be in charge of monitoring the integrity of the families in this region of Chiapas and demanded the immediate release of a community shepherd, in whose home they found explosives that were not his own.