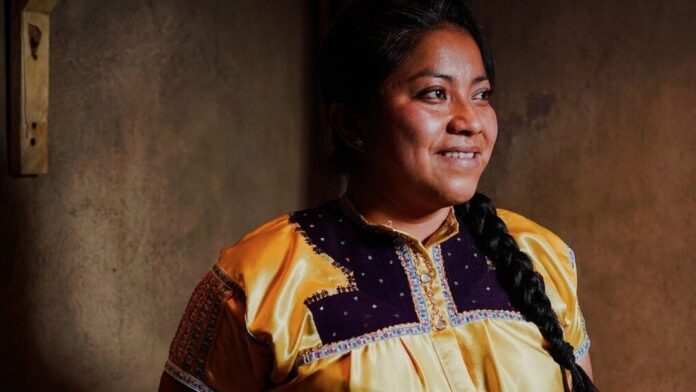 Forbes’ 100 Powerful Women list recognizes those who have contributed to the recovery of their community and country. It is one more achievement for this Tsotsil cook.

Every year, the publication Forbes Mexico shares a list of the 100 most powerful women in the country. It is not a ranking in which you have to reach first place, but a space in which women are recognized who, during the last year, contributed to the recovery of the country.

The Forbes Powerful Women list seeks to recognize the work of 100 women who represent entire unions, are in charge of businesses, and make contributions from the scientific, academic, social, artistic, or sports fields.

This year, we found names like Michelle Couttolenc, winner of the Oscar in the category of sound for cinema; Claudia Sheinbaum, head of government of the CDMX; Karla Siqueiros, general director of the Chamber of Beer and Malt; Elisa Carrillo, the first dancer of the Berlin Opera, the writers Valeria Luiselli and Fernanda Melchor; the director of the Mexican Wine Council, Paz Austin and, of course, Claudia Albertina Ruiz Sántiz, recognized indigenous chef within the 50 Next lists prepared by The World’s 50 Best.

The relevance of Claudia Ruiz in gastronomy

Chef Claudia Ruiz has worked in the kitchens of  Pujol,  Máximo Bistrot, and Hotel Bo, where she has not only exceeded expectations but has also shown her talent.

His life has been surrounded by two constants. First, a deep love for his family and his Tsotsil roots, and then the obstacles he has had to overcome through tenacity, commitment and work.

The rebellion of this chef has occurred from within the family. From the age of 17, it was clear to him that he wanted to study gastronomy. She is the first indigenous woman to complete her studies at the Chiapas University of Sciences and Arts, in Tuxtla Gutiérrez. But not only that, her thesis work and her interest in both local ingredients and helping her community has led her to where she is today.

“I fought to study that  career  because my parents said that I had to dedicate myself to teaching.”

To achieve this, he had to study and work at the university, work twice as hard due to discrimination due to his origins and connect with the depths of his roots, to understand and learn about ancestral techniques and ingredients.

In 2012 the Ve’eliletik Chamo cookbook was published, which means Chamula Cookbook in Tsotsil. It contains 20 recipes (5 starters, 10 main courses, and 5 desserts), with “rich and nutritious dishes to be prepared in ecological kitchens, a healthier option than the typical wood stove normally used in indigenous communities.”

By going through some of the best kitchens in the country to gain experience, what he learned was to work with quality, a lot of discipline, and dedication. She currently has two restaurants in San Cristóbal de las Casas that are part of the Slow Food movement: Kokono ‘, which means epazote in Tsotsil, where it offers traditional cuisine from Chiapas. And Albertina, where the search finds the ingredients “from the garden to the table”. Both restaurants advocate highlighting seasonal products and adding value to producers.

“We seek to give value to the producer, to the indigenous peoples, to use seasonal products with local traceability.”

This year she enters the Forbes 100 Powerful Women list for her gastronomic and social achievements. Well, in its restaurants it supports the work of promoting the culture and gastronomy of Chiapas, in addition to creating spaces to train and employ other young indigenous people, which in April of this year also earned it entry to the list of 50 Next, within of the “Hospitality Pioneers” branch, organized by The World’s 50 Best.

We will surely continue to hear more about the achievements of this chef from Chiapas, who has shone and will continue to do so.